Have you ever wondered that some of the TV series you watch have this best relationship of friendship which is either platonic or more than that but is certainly not love? The ways the couple is cast give you true Friendship goals. Someone who understands you in situations where even your life partner fails to, someone you look to when love saddens you, someone who needs to know everything about the situation before finally declaring you fool and the description of the craziness goes on and on. Here is a list of  tv series friends who give us major friendship goals

Let’s hope you get what I’m saying when you read about these friends:

The two who never liked each other, where one is a total weirdo and other a party freak. Penny who never understands all these science stuffs and is always having a sarcastic reply to whatever Sheldon says. On the other hand Sheldon disappointed by Penny’s little brain and her habit of putting him down in every situation.But yes they soon turn out to be bff’s and make their partner get jealous of each other. Remember the 1 day challenge where they had to spend a day with each other. And yes how well penny sings –‘Soft Kitty’ to Sheldon whenever he is sick.

But yes they soon turn out to be BFF’s and make their partner get jealous of each other. Remember the 1-day challenge where they had to spend a day with each other. And yes how well penny sings –‘Soft Kitty’ to Sheldon whenever he is sick.They have each other’s back and always have some lessons to give each other in their own way. They are the ‘3 A.M.’ Friends. Well, we just can’t ignore the fact that they have a common love ‘Leonard’ and that they have no choice of leaving, other than accepting the fate.

They have each other’s back and always have some lessons to give each other in their own way. They are the ‘3 A.M.’, Friends. Well, we just can’t ignore the fact that they have a common love ‘Leonard’ and that they have no choice of leaving, other than accepting the fate.

The two people who hated each other like hell end up loving each other. We cannot forget the time when Bonnie saved Demon from Cade and the time when Demon let her live instead of Elena. The letter where Demon without a doubt said-I hope the happiest life because you, Bonnie Bennett, are an amazing woman, mediocre crossword player and my best friend.’ Although season finale does show a fall of their relation where Bonnie for once thinks about her and chooses Enzo over demon but still demon doesn’t lose hope on her and that is exactly what good friends do. They are our “Bamon”

3. Robin-Barney (How I Met Your Mother)

Some people may question my choice of putting them in the list but yes they give us friendship goals. Although they were married to each other and Robin is the one made for Ted but we cannot disagree the fact that we always like what Barney and Robin have. The understanding and being with each other for all those crazy deeds is Legendary ;). It is no more a non-sexual relation but they taught us to go crazy with your friends without judging (Well Barney was always judged: P)

(Also Read: No Friendship Is An Accident) 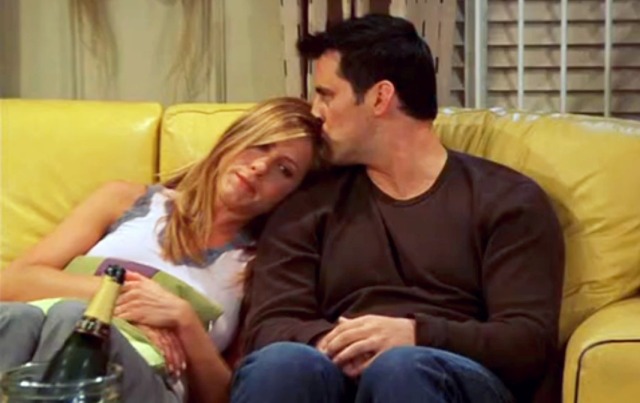 It is a love relationship later on but trust me I have put them on the list for a reason. The way Joey sacrifices Rachel for Ross and the way he is ready to support the single mother tells us that they justify friendship in their own way. No doubt they are better roommates than Ross and Rachel. Both friends know about each other in a perfect way and stand for each other no matter what the situation is.

There are only 3 seasons as of now for the series but we already know how great the friendship between these two is. It is totally an intellectual relation where they both have each other’s back no matter what. Whether it is about Ronny or Caitlin being the killer frost, Cisco is always there for her and they both make a perfect team. No doubt Caitlin is a beauty with brain and whenever Cisco messes up she is there to handle it all.
They are team flash but they both together teach us the best lessons in friendship. 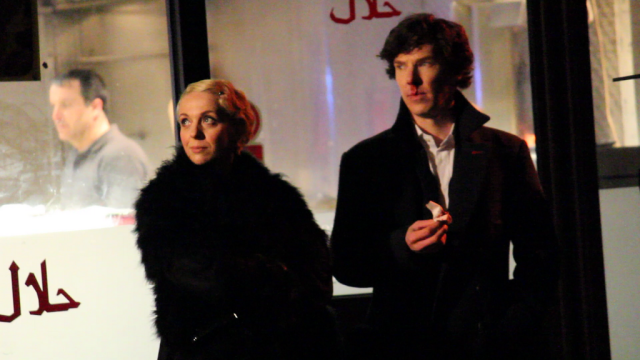 Their relationship is strong and they both have their love ‘John’. Where Sherlock is a highly functioning sociopath and Mary a crazy lady they both come on the same foot when it is about john. Let’s not forget how Mary trusted Sherlock with John’s life after her death and how Sherlock threatens Mary’s boyfriend to stay away from her. Well they are more of a platonic couple but their Friendship is something we all adore. The goodbyes which actually mean keeping John in trouble, the marriage where Sherlock decides which relatives hate Mary the most and the situations where Mary is busy judging Sherlock with human nature.

(Also Read: 6 Types Of Guys You Meet On Matrimonial Sites)

They come last because of the fact that this series only has 2 seasons and we are yet to see more of this friendship. Still, they both teach us that if your friend is choosing a wrong path stop them before it’s too late and if it is, help in clearing the mess 😉 Well they both do share some awkward moment in the last few episodes of season 2 but still Zapata is always there for Reade and she has helped him with everything, the drugs problem, the girl problem, the childhood tape and many more. There is no count when it comes to friendship but Reade has always helped Zapata with all her crazy doubts and investigations.

The whole point of writing this is that look for such friends around you because friends are the best gift you get and when there is a friendship which is special, fight for it and save it till the last breath. The friendship where you do not have to give explanations, where the expressions are enough to convey your thoughts, where sarcasm is the only tool that holds, where insulting each other is fun but somebody else doing it is a crime. You may all say that there are many same gender friendships worth saving but my point here is different and the mentioned names from the series will totally justify it.

Hope you liked our list of tv series friends who give us major friendship goals. If you know more do drop your comments below. Also, tell us which one is your favorite?

19 Obvious Signs He Likes You Over Text

7 Major Versions Of The Most Trending ‘Sonu Song’ You Should...

Suchandana Patoa
'Sonu' is definitely the most trending song in India right now. If you don't know what Sonu song is, this is the right post...

10 Ways To Help Your Partner Who Has A Mental Illness

These Tweets Are Hillarious And Girls You Can Relate To It...

Suchandana Patoa
Just because being a girl is tough. Really tough. These down there are too damn relatable. Life is so difficult. https://twitter.com/empukofficial/status/871003708766683136 2. A special corner of...

An Interview With Bhavini Purohit, The “Radha” Of Saath Nibhana Saathiya

Sanjusha Durgam
Who attracts us, more than a seedhi-saadhi Sati-Savitri type ki ladki? Especially, on a Television screen? The girl who portrays the "villain" role! An innocent girl with...

6 Common Things Which Are Common Between Narendra Modi And Engineering...

Sanjusha Durgam
May 2014, tables turned. Congress was flooded out and in came the leader of Bharatiya Janata Party (BJP), Narendra Modi Ji. Since NaMo set...

Choose A Job You Love, Don’t Be A Korporate Kabootar

Internet Slangs You Need To Know ASAP To Stay Cool In...

Deepshikha Goel
Internet slangs, or cyber slangs, or short-forms, as we popularly call them, were made with the purpose of saving keystrokes as well as time....

Childhood Winter Memories Which Show That Those Days Were Best

Akansha Nagal
Childhood Winter memories Ah, winter is here, it already was way before we started to feel those chilly mornings. We've made so many childhood winter...

Ramsha
There have been times in the past when we’ve been okay with using words like slut, whore, hoe for women. Whether it’s been in...

19 Obvious Signs He Likes You Over Text

Tanya Walia
Signs he likes you over text.