Mark the date October 3, 2017, when the star book writer Rupi Kaur will release her second book “the sun and her flowers”. After setting the bookworm eyes to the polite description of womanhood in “Milk and Honey”, she’s here with the second version of it.

Also Read | My Suitcase And My Diary: Part 1 Of A Kind

The Indo-Canadian girl took the platform with live storytelling on the social media and then moved to write with sketches of powerful simplicity. That was the time that her works were secret even to her parents who just watched her surfing over the internet.

She broke to Instagram with the release of a sketch of menstrual pain describing its sweet grief which she undergoes till her body decides the PAUSE. This was the breaking of ice moment followed by the breaking of a glacier. She then released “milk and honey”, which connected the warm relationship of a woman’s soul and her body that is shared with a man who no longer resides in her life. The practical thinking of what lies in the body of a woman changed when she extended her thoughts into this genre of openness that bring woman attitude to the level where it does belong.

The sun and her flowers

The piece of Kaur has the blooming theory of her flowers, which will open its petals on October 3. The collection of the poem has five units which will describe the journey of blooming. Mentioning the growth and rooting, the falls and budding. The release date itself is now the most trending search on the internet. 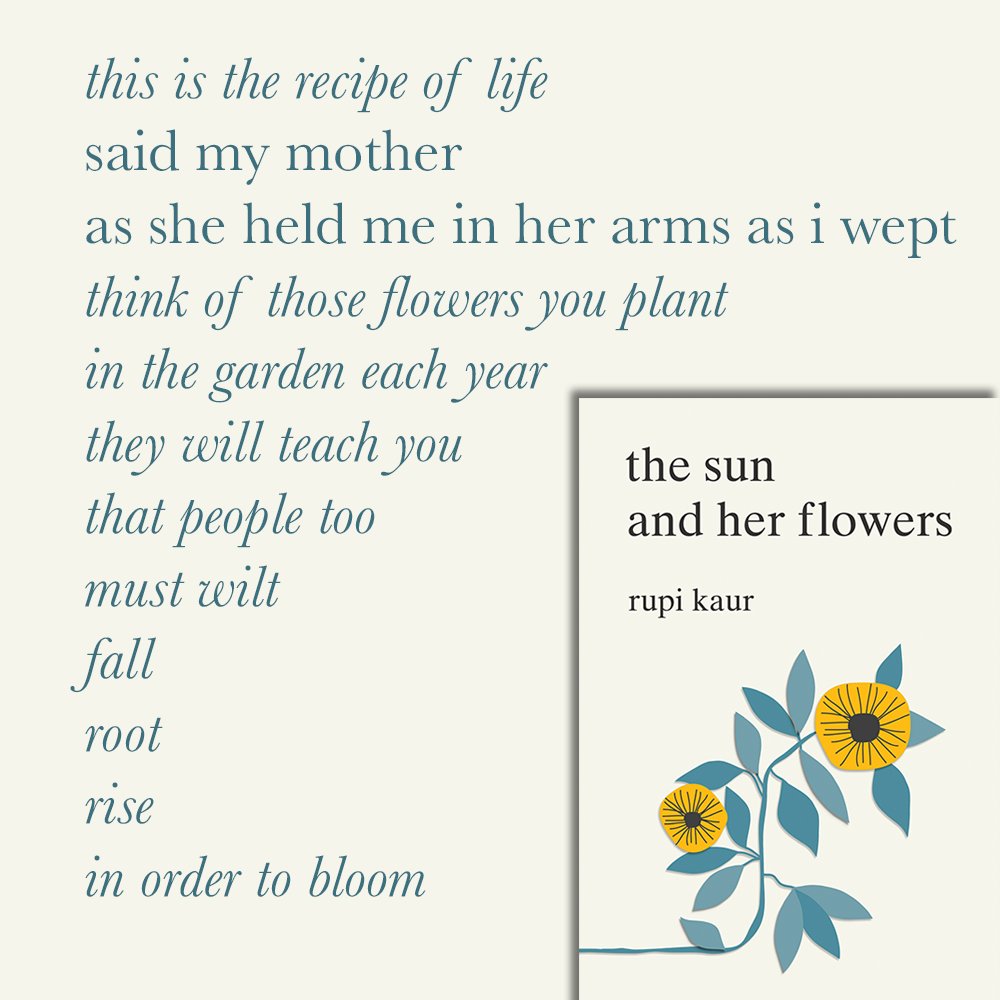 Also Read | Menstrual Issues, Period Odour, Too Much Money Spent On Sanitary Pads? Change It With A Cup!

What are your views about Kaur’s writings? Do let us know in the comment section below:

17 Texting Words We Use In Our Daily Conversations

Pandora’s Hope: The Only Fragment Of Light Humankind Had Left Was...

Farah Deeba
Pandora watched the phantasmic pictures of cruel and terrible things slither out of the box. She watched as the very men who had called...

Witch Hunt By UnErase Poetry Is A Must Listen Poem For...

Roohanshi Patel
This beautiful poem Witch Hunt by UnErase Poetry is so well performed that it will fill your hearts with fierceness and touch your soul...

7 Things To Know When You Go To College From School

Shreya Tayal
It's a huge change in lifestyle when you go to college from school. Not only are you less pressurised, but you are more responsible....

Sanjusha Durgam
Harry Potter, a boy in a magical realm who was born to defeat the villain of that world. Through his journey, we've encountered his...

Perks Of Dating Your Best Friend

Khwaish Gupta
Friendzone (n) A situation in which a friendship exists between two people, one of whom has an unreciprocated romantic interest in the other. Just in case...

Things People Who Live Alone Will Relate To

Sweety Tripathi
Hey readers! It's time to talk about people who live all by themselves, including me. Who doesn't want to live alone where no one...

5 Art Forms That Everyone Should Have Tried Atleast Once In...

Roohanshi Patel
Medicine, law, business; these are all noble pursuits in life. But at the end of the day, Art is what makes us feel alive....

7 Things Done By New Couples Which Are Annoying And Irritating

Mounika
At every step, we meet a new couple. A love story buds and blooms every second. Few grow in personal gardens and other in...

Underrated GOT Characters Who Deserve More Recognition From Us

Raveena Patil
Underrated GOT Characters Game Of Thrones comes under the category of the 'most watched' shows and for those who are the die-hard fans of it...

“I’m An Introvert!” You’ll Not Think The Same When You’ll Hear...

The MagZone
This beautiful poem named "Bash Bash Bashful" by Saumya Kaulgud performed for UnErase Poetry at antiSOCIAL highlights the problem, an introvert faces in day to...