So you are one of those who likes the insta posts “Raise your hands if you haven’t watched a single episode of GOT.”? Are you looking for the reasons to watch Game Of Thrones? Trust me, you are missing out on some serious shit. And while fans are going gaga over the new season that begins this 16th, you might as well start watching. This season might end by the time you have finished watching the previous ones, but better late than never, right?

I will give you five reasons to watch Game of Thrones right away!

Trust me on this, the plots will leave you cringing and wanting for more, every DAMN time. You may think you know what’s gonna happen, but do you?
*wink*
Think harder.

Also Read | The Now and Then of the cast of our favourite series, Game of Thrones

2. Because the visualisation is awwwwwwwwwwsome!

Yeah, what beautiful sight than the mother of dragons riding on one of her dragons. Then there are the White Walkers and their glistening blue eyes. Creativity is at its peak, my friend.

Unexpected? Is that even a word in the GOT dictionary?

3. Because it will introduce you to a different level of carnal sins!

You read that right! There’s incest, then more incest and some more of it.

A lot of controversies have already happened on the unabated presentation of sex on this show, and my heart says there’s more to come.

4. Because some dialogues are going to be etched in your mind forever.

You may not appreciate the way things are said sometimes, but you can’t deny they are practically true. Take this for example – “I have a tender spot in my heart for cripples and bastards and broken things.”

Btw, Tyrion is the FAVORITE! 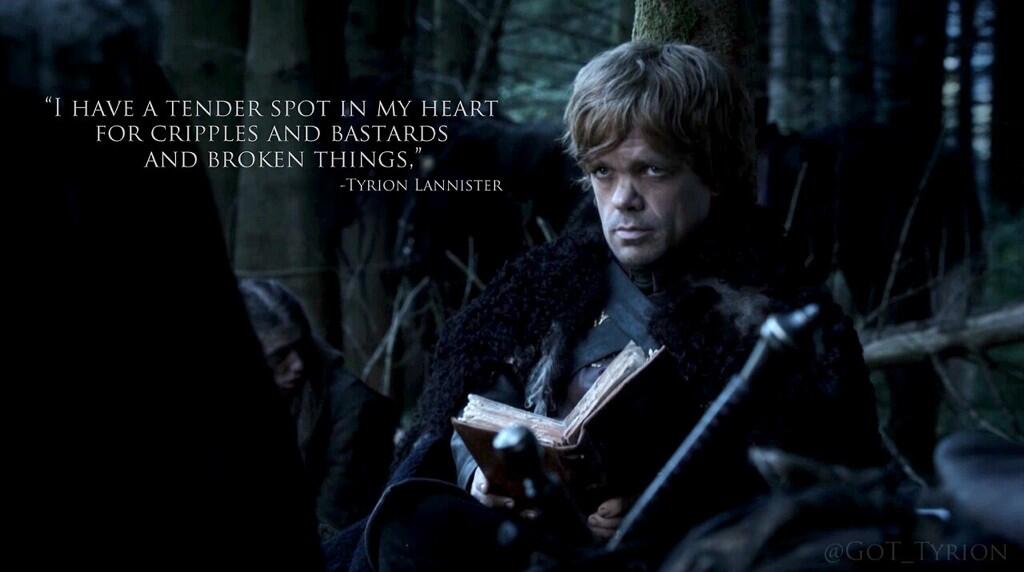 5. Because Jon Snow knows nothing. And one of my favourite reasons to watch Game Of Thrones.

And you don’t wanna be Jon Snow.
Amirite or amirite?

So get yourself some pizza and fries, and start watching. You will not want to stop, really.

Now, Since You Have Enough Reasons To Watch Game Of Thrones, What Are You Waiting For? Drop Your Views In The Comments Below.

Carryminati Releases Yalgaar: A New Song As A Response To His ‘Haters’

17 Texting Words We Use In Our Daily Conversations

9 Trends That Have Evolved In Past 2 Years

“Voldemort: Origins Of The Heir” A Fan Made Film Released Today Mid-Night

If You Are An Indian GOT Fan, You’ll Love These Desi Version Dialogues Of Your Favourite Character

Superhero Movies In 2018 Which You Shouldn’t Miss

Sanjusha Durgam
We might not hurt anyone physically these days but there's lots of verbal abuse flying everywhere. Especially, on social media channels like Instagram and...

Perks Of Dating Your Best Friend

Khwaish Gupta
Friendzone (n) A situation in which a friendship exists between two people, one of whom has an unreciprocated romantic interest in the other. Just in case...

Ramsha
We’re not saying that we are the FBI or astrologers, but this quiz if answered honestly, will have a pretty much accurate result. Notice,...

Suchandana Patoa
There is this guy, who will leave you in splits with his tweets. The man I am talking about is Gajodhar, Gajodhar Singh Cool....

50 Hindi Songs To Listen When Depressed

15 Weekend Getaways Near DELHI-NCR That You Must Visit Right Now!

Khwaish Gupta
Here’s a list of weekend getaways near DELHI-NCR you can visit to steal yourself some time; alone, with friends or with family. 1. Sohna, Haryana Distance...

ŘHĎΞǍxX
A New Year's resolution is a tradition, most common in the Western Hemisphere but also found in the Eastern Hemisphere, in which a person resolves to...

Sanjusha Durgam
To be honest, the Harry Potter series never gave us any major relationship goals. And that's why maybe you're looking for some...

9 Ideas For A Romantic Date Which Are Unique And Different

Gurleen Kaur
When it comes to dates most of the people fail to figure out the ideas for a romantic date. Usually, people end up taking...