The Notebook which was published in 1996 by American novelist Nicholas Sparks was his first book which went on to become such a huge hit that it instantly shot Sparks to fame, ensuring that every other book he writes would be a better love story, if not as good. A movie was made based on the book in 2004 starring Ryan Gosling and Rachel McAdams. Bollywood adapted it too, by making Zindagi Tere Naam with Mithun Chakraborty.

I’d honestly heard so much about this book from all my friends and countless Instagram pages as to how it will definitely make me cry and fall in love all over again. Being a hopeless romantic, I was undoubtedly very interested. So when I was gifted this book, I immediately started reading it, hoping to finish it in one sitting. Also Read | 8 Reasons To Pick Up A Book Right Away!

The Notebook starts with an old man reading a notebook to ‘her’. The story is about a young guy Noah, who has returned from war and is dealing with the loss of a parent and reminiscing about the true love he had felt at 16, a love which remained incomplete. Circumstances bring the girl he loved, Allie and him together once more but at this point of time, she is already engaged to someone else.

The premise and plot of the story seemed promising. But the problem with writing a love story is that there is nothing left to say which hasn’t already been said and the story may end up in a cliché if not written well. Since there is seldom anything new to write, one can recycle the old plot and give it a fresh twist with their writing style. The Notebook didn’t falter on the plot, but it unwittingly failed at the writing style. The whole ‘loss of love, meeting again after many years and falling in love again’ is the kind of story people love to read. Along with it, Sparks also introduced the Alzheimer’s disease making it a perfect story of heartbreak, love, and tragedy all combined together to make you laugh and cry at the right places.

However, the way he writes really takes away from the story. From a tale as epic as this, you expect marvelous dialogues that will tear at your heart and stay with you as well as instances where you are awed at how writers create magic. Unfortunately, that’s where the book falls a step short. The writing style is extremely simple and plain. The dialogues between the main characters don’t gnaw at you and there is an overall absence of the passion and intense romance a story like this required. The Notebook doesn’t pull you in the way it should.

There are also plot holes wherein Allie’s mother doesn’t support their relationship when they’re 16 but when they’re adults, she’s the one pushing them back together. There is no backstory about any of the leads and the characters aren’t strong or well-written enough. The story focuses too much on only Noah and Allie and at places, you wish there was something better with it, like an evil villain or a side character. The characters, simply put, are uninteresting. The story also sort of romanticizes cheating when Allie is already engaged, to a man who is good to her and respects her, but still, spends a romantic weekend with another man and doesn’t feel as guilty as she should.

Also Read | 7 Mythology Books That Will Blow Your Mind.

The movie, I believe is better than the book, because it actually shows their love when they were young and then when they’re adults. The book doesn’t talk much about their teenage love, which I feel could’ve added more spark. You’ll love this one if you’re an absolutely hopeless romantic who doesn’t care for sense when it comes to love. The rest of you, you might want to look for something slightly more stronger in terms of writing style and characterization. Or if you still want to check out ‘The Notebook’ and the hype behind it, just watch the movie. The book is overrated as most of our audiences will go for anything which showcases old, sweet love. 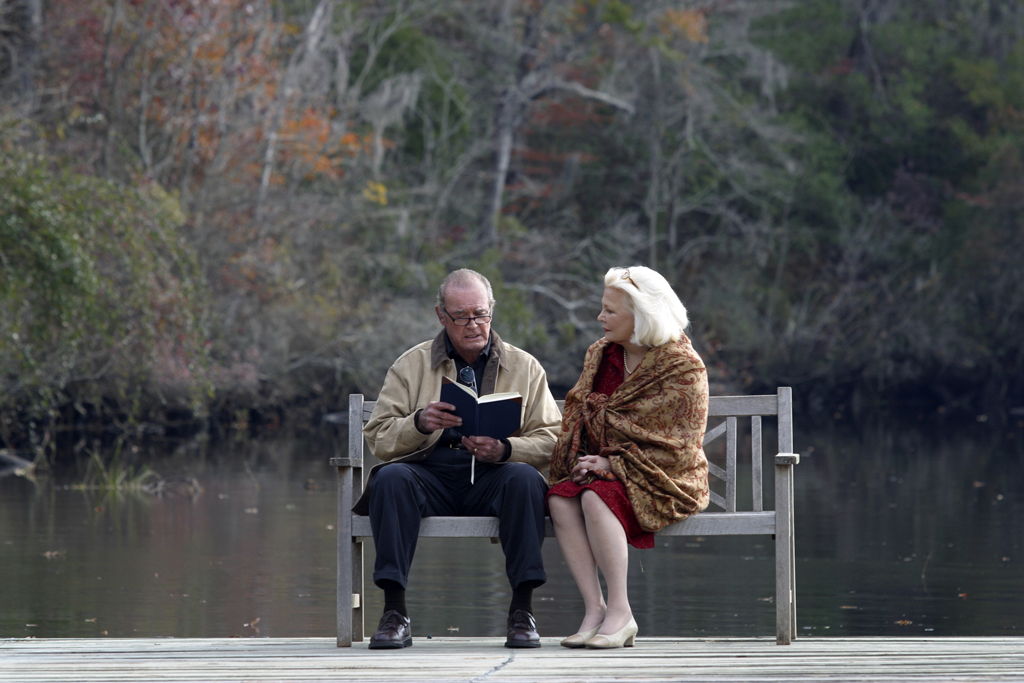 What are your reviews about the book? Do let us know in the comment section below:

Suchandana Patoa
Our country has had a beautiful set of historical events. Perhaps more complicated than we ever thought. Some incidents were justified, others were blamed....

10 Times Indian Advertisements Proved They Are Illogical And Funny At...

Avneet Kaur
There is something with our Indian Cinema. Logic and scripts are like the railway lines, Never go hand in hand. Talking about advertisements or...

Guest Author
by Amit Sharma Just making sure, You remember this day. Writing down all pure, The things I never say. The things you do for me, Counting them would be insane. You...

Sanjusha Durgam
For a moment, let’s imagine ourselves – you and I, in a room. If a situation arises, such as, ‘Those who are fans of...

A Letter To My Parents: Please Don’t Ask Me To Get...

Roshana
Me: Mom, can I go for the college trip? Please. Mom: Not again! (rolls eye). I shall get you married. After that go anywhere with...

Photography Is Not Just About Clicking A Button, It Has Stories...

Sanjusha Durgam
Art is a mystery of sorts. It is a thread weaving communities together into the fabric of today's society. A picturesque beauty of emotions...

I Am Not IMPURE

Vanita Agrawal
At an age of 14,my vagina bleeds 3 days,5 days,sometime for weeks Every month an egg is made and broken And till 40,the care of the stain...

Roohanshi Patel
'Aaoge kabhi haveli pe'. How creepy does that sound? And what would your reaction be if someone randomly asked you this question while walking...

Vanita Agrawal
I was all dressed up for the big day My job brought laurels to my parent's name My friend picked me up from home And happily I...

7 Jason Derulo Songs That Should Be On Your Playlist

Suchandana Patoa
What kind of music do you like? Slow, soft songs? Loud party songs? He is the perfect combination of both the kind. Here is a list...