Game of Thrones Season 7 is OVER!!
Has life become joyless and bland for you again?
Then you’re reading the right thing at this time. I know how hard it is to wait for a year or more for the next season and I have figured the only way to fill this hole of misery is to watch some dapper shows. To look at some best Game Of Thrones alternatives.

So here I’m with the list of top 5 shows which you’ll surely love if you loved GOT and they’re certainly the best Game Of Thrones alternatives:

If you love GOT and you haven’t watched House of Cards yet then Go Go Go. I assure you by the Old Gods and the New Gods you’re gonna love this show as well.
It’s an American political drama series based on a novel. Just like GOT it has great actors, a lot of horrible things happen to the characters and you’re going to fall in love with the most unexpected ones.
It’s filled with betrayal, ruthless power and sex, which we GOT lovers savor.This makes it top the list of best Game Of Thrones Alternatives.
It’s 5 Seasons are already out so it’s the perfect show to binge watch.

If you have gotten cheerless and gloomy like me on GOT being over and having to wait for more than a year for the next season then START watching this show. It’s the best TV series of all time. With 5 seasons you can start binge watching it already.
It’s about a middle aged chemistry teacher who starts producing and selling meth with his former student after being diagnosed with inoperable lung cancer.
This show glows in all its darkness and bleakness.
You’ll not regret watching it!

Based on a novel this mini series has just 7 episodes so if you’re not looking for a long term commitment but you want all the fun then this will be your perfect match.
It’s about how seemingly perfect lives of 3 mothers end up with someone committing a murder. It shows various aspects of parenting, divorce, cheating, domestic violence etc. making it a must see.
You’re definitely gonna get addicted to it, mark my words!

Based on the novel of the same name it’s about a girl who commits suicide and records the 13 reasons why she did that in cassettes.
It’s sensitive, sad and gripping. For some, it may be difficult to watch at times or truly love it but it’s worth watching once and of course one of the best Game of Thrones alternatives for you.

Also, it has been renewed for a second season.

5.Orange is the new black 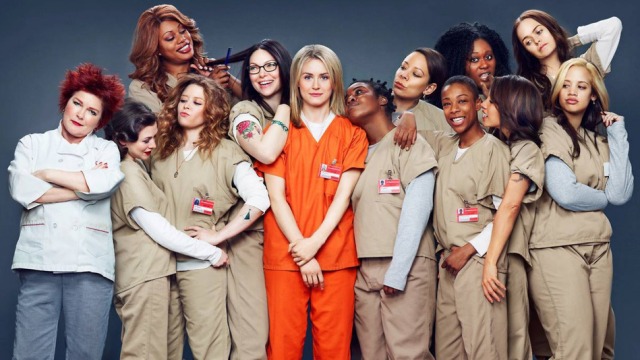 A comedy-drama series based on Peper Kerman’s memoir of being in a minimum security federal prison will always leave you hungry to see more.
This show depicts drug smuggling, over crowding in prison, corruption, lesbianism, and what not.So not everyone is going to love it, but it remains one of the most engaging and interesting shows ever.

So not everyone is going to love it, but it remains one of the most engaging and interesting shows ever and yes! can be a good Game Of Thrones alternative.

Do you have some other suggestions for GOT lovers or any other best Game Of Thrones Alternatives? Do let us know in the comment section below:

Things To Do With Friends After Quarantine Is Over

Editors The MagZone
The Indian music industry has given us several gems. From the genre of romance and patriotism, we have songs for almost every...

This Poem About Your Mom Will Make You Listen To It...

Shivam Tripathi
This beautiful poem Like my Maa by UnErase Poetry is so well performed that it’s melting hearts on social networks already. Simar Singh and...

Khwaish Gupta
"If India is a computer, Congress is its default programme", once said our very own national comic and not-so-wise Rahul Gandhi (and he might...

Kunal Kapoor Came Forward Against Women Trafficking Through This Poem For...

Neetisha Verma
UnErase Poetry presented a poem in association with Kunal Kapoor against Women Trafficking, and boy did the poem strike the right chords. The poetic...

8 Things You Should Do When Your Best Friend Is In...

Mounika
You stole each other’s tiffin, fought over the last piece of pizza and watched TV series with one other. The memorable bunks to watch...

An Interview With Ishita Raj Sharma, The ‘Punchnama Girl’ And Pihu...

Akanksha
Call her Charu, Kusum or Pihu, she aces her title as 'The Punchnama Girl'. Living her life just like all other girls, Ishita Raj...

How To Live In A Hostel For The First Time?

Editors The MagZone
Ah, so it's time. Time to step out of the comfort zone of your parent's house and see the real world. If...

7 Animated Movies You Must Watch, Which Are Lessons To Sustain...

Mounika
Animated movies came a long way from fairy tales. Today's animated movies leave an impact on our lives with lessons not limited to any...

50 Hindi Songs To Listen When Depressed