Bollywood is believed to be basically dominated by the Three Khans. Ironically, the contribution of many talented, bizarre, versatile and adroit actors and actresses is seldom noticed much. These performers are those underrated ones whose performances are generally swept off by the dominant lead character giving them little or no recognition. Given below is a list of such actors who possess the charisma to outcast the lead star and enthrall the audience with their skills. 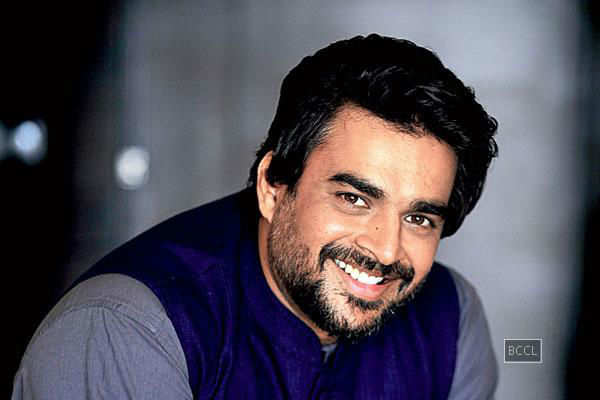 This actor, writer, filmproducer and television host has given outstanding performances in movies like Rang De Basanti, 3 Idiots and Tanu Weds Manu. Despite of his offbeat performances he is still considered underrated in Bollywood. The superstar of Tamil Nadu has yet to go a long way for recognition.

From looks to powerful acting, Jimmy Shergill possesses every attribute to enchant the audience. He debuted with “Maachis” and has given strong performances ever since. Nevertheless, this veteran punjabi and hindi actor is still underrated in Bollywood. This may be because of his choices of movies that couldn’t click with the audience sometimes.

The son of a renowned singer has the most striking and appealing looks along with his ability to portray his character well in the movies. We still look up to his movies like ‘Johnny Gaddaar’, ‘Lafangey Parindey’, ‘Saat Khoon Maaf’ and ‘David’. Considering his abilities and talent it is yet unjustified why he still is an underdog of Bollywood.

Abhay Deol is known for his epic role in ‘Dev D‘. Along with his wonderful acting skills he has the potential to provide a topnotch appearance to the movies he is in. The reason he is an underrated actor could lie in the way he likes to maintain a low profile.

The national award winner for ‘Life in a metro‘ is superior to almost every bollywood actress. Her versatile acting led her gain positive remarks from the critics too. We are looking forward to her role in “Lipstick Under My Burkha”. She still is underrated, let’s see for how long Bollywood will remain biased.

Also Read | Lipstick Under My Burkha Finally Gets Clearance, To Be Released On 28th July

A remarkable screenplay writer, actor, director and a social activist has everything an actor needs to perform well. His choice of movies is excellent and well suited for Hollywood style. If he acted in Hollywood he would have acquired a number of laurels for his acting. Most probably this is the reason he is underrated and bollywood does not have much to offer him.

He is well remembered for his movies ‘Run‘, ‘Monsoon Wedding’ and ‘Delhi Belly‘. His kauwa biryani scene has offered him numerous accolades. However, he isn’t looked upon much as an actor. His style is rather limited to comical which is why he is underrated.

Due to his versatile acting skills and a wide range of emotions, he is well respected and talented. His movies ‘Hazaron khwahishein aisi’, ‘Shaurya’ and ‘Gulal‘ will touch your heart leaving a strange lingering respect for him.

Ali Fazal, the Lucknow born actor has a lot to impress his audience with. From American style to Indian, give him anything and he’ll perform like a pro. His gripping acting leaves a deep impression even if he is in the movie for a few minutes like his role in 3 Idiots as Joey. The fact he still is underrated gets on the nerves of many.

Known for his expressive eyes, this actor has ruled many hearts for his unusually fantastic acting skills. His role in ‘Gandhi, my father‘ and ‘Dil chahta hai’ gave him a new recognition. Irrespective of the fact that he is underrated, he has won the respect of many, from youngsters to those in their mid-50s.

Apart from the above listed few, there are many others who are not well recognised but have a lot to offer to Bollywood. One name that is on every mouth is Nawazuddin Siddiqui who is underrated but can shine more than the lead star no matter which movie he is in.

Liked Our List Of Underrated Performers of Bollywood? Comment below whom do you think is a brilliant actor yet undderrated in Bollywood. Stay Tuned For Our Next List.

Suchandana Patoa
We all love Holi, no matter how messy it is. We just love playing with colours and water. Those 'pichkaris' and 'pakke...

Donald Trump’s Pregnancy Photo Is Going Viral. Who Leaked It?

Editors The MagZone
A good part of United states was unhappy after the polling results came up with trump as their new president. Support from Putin’s side...

8 Better Career Options To Choose Instead Of Pursuing Engineering

Neetisha Verma
Better Course Than Engineering Shout out to all the unhappy engineers!!! See, I knew the entire house would cheer, except for the few alien species who...

5 Indian Mother Dialogues That Matches The Different Moods Of Bosses

Akanksha
The Indian mothers are very stiff with their own taste. They are the homemakers. The real boss for the entire family. Bosses and their dramas.Though...

Shreya Tayal
You have no right to complain about not knowing how to do anything. With the rule of YouTube, you can learn anything. There are several...

Take This Quiz To Find Which Game Of Thrones Star You...

Akanksha
If you’re a Game Of Thrones fan and want to know which star from the show you resemble, take this test and note down...

35 Hindi Songs To Listen When Drunk

Akshita Toshniwal
Just like we are sober, when we are drunk we have all sorts of moods and no song can transverse all of...

Here’s What You Can Do When You’re Bored

Sanjusha Durgam
At times, life seems so boring and jejune that not even your mobile will satisfy your need to do something. We can go hours...